More than half of St John's Island And Kusu Island, Singapore, Cordoned off after debris with asbestos found

SINGAPORE: More than half of St John's Island and also Kusu Island, Singapore, has been cordoned off after debris containing asbestos was found on the island, the Singapore Land Authority (SLA) said on Monday (Apr 23).

The areas blocked off to the public include most of the island’s facilities such as the nature trail, campsite, lagoon and the holiday bungalow area, said SLA, which manages the island.

The closure took effect last Tuesday, a day after samples taken from the campsite, lagoon and holiday bungalow area tested positive for asbestos. 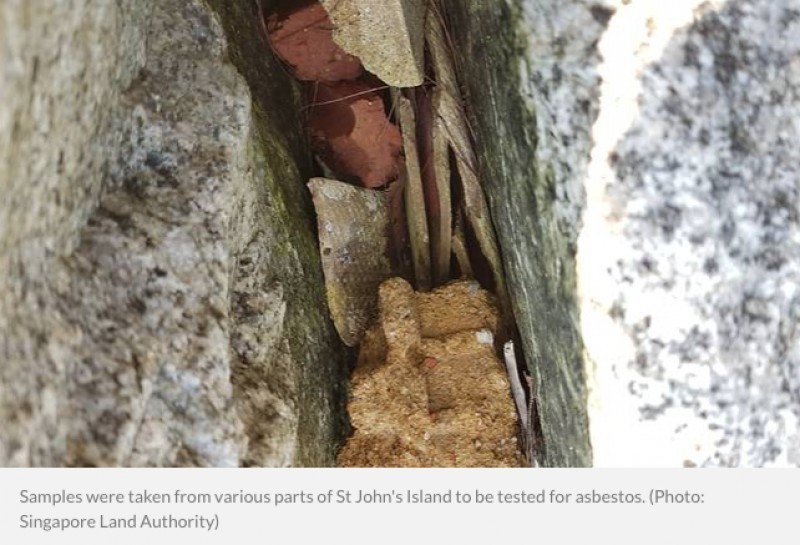 SINGAPORE: More than half of St John's Island has been cordoned off after debris containing asbestos was found on the island, the Singapore Land Authority (SLA) said on Monday (Apr 23).