Silt and sedimentation in Singapore's waters

It was my first time diving at Sister's Island. After a short dive in Singapore's water, at Sister's Island specifically, it came to my realization that the silt covered reefs painted a grim future for the coral reefs of Singapore. For a first timer who has previously dived in places in parts of Malaysia, Philippines and Maldives, I felt like I was diving in someone elses old dusty closet - clearly not a reflection of the clean and green image associated with Singapore.

There are several factors affecting visibility of water including phyto-plankton and algae blooms in nutrient rich waters, oxygenation of the water due to waves, sendimentation by boats and other human activity.

Singapore's has had many land reclamation projects. And the aftermath of dredging activities around these projects usually lead to the deposit of fine silt and clay around the shores of the island. Sometimes, strong waves and currents move the silt and sediments around. This often reduces the visibility of the coastal waters off Singapore to about 2 to 3 metres and is sometimes exacerbated by the waves caused by cargo ships moving off from the south-western port.

The sendiments block off vital sunlight crucial to the growth of coral reefs and marine life such as the giant oyster and offer less ideal conditions for marine life to thrive.

On a lighter note, despite the poor visiblity, I spotted many healthy corals, some of which were about half a metre in length, sea slugs, star fish, and other reef life. A testimony to the pain-staking efforts by marine conservationists in the country to restore the Island's reef to its former glory.

In conclusion, unless more is being done to reduce the amount of silt and sedimentation in the coast off Singapore, the efforts of reef and marine life conservation in Singapore may be undermined and come to nought. 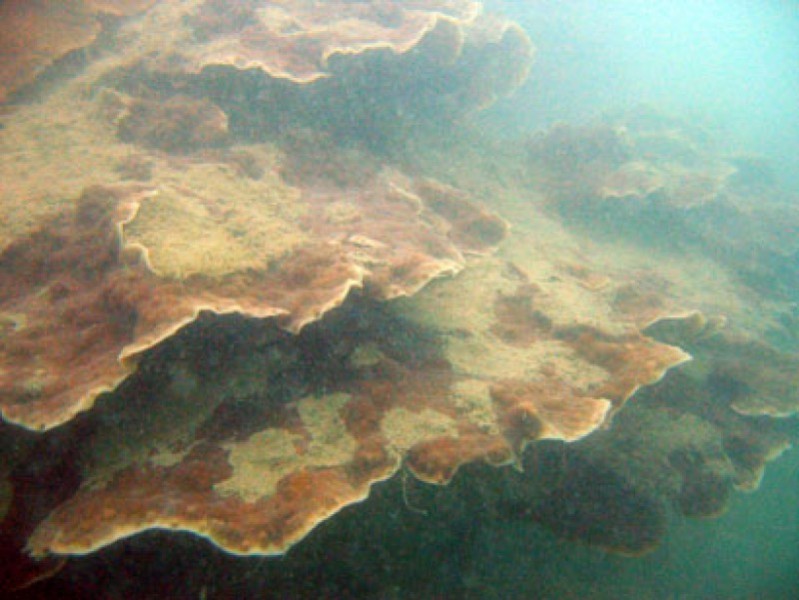