Taking place from 15 - 17 April, 2016, ADEX 2016 proudly presents world-renowned marine life artists, conservationists and photographers to speak about their passion and work towards marine life. It is organized by the underwater3some Group, and is an event being endorsed by major organizations in the industry such as DEMA (USA), the Singapore Tourism Board (STB) and the Singapore Underwater Federation (SUF).

Each year’s chosen ADEX icon, which is the show’s dedicated marine life where activities are garnered to heighten awareness of its conservation, is the majestic seahorse. All aspects of the seahorse will be publicised and major efforts will be taken to educate the public about the issues that threaten their future.

With its success in Singapore, ADEX expanded to China in 2014 with both shows now running annually, ADEX Singapore happening every April and ADEX China taking place in Beijing every September. 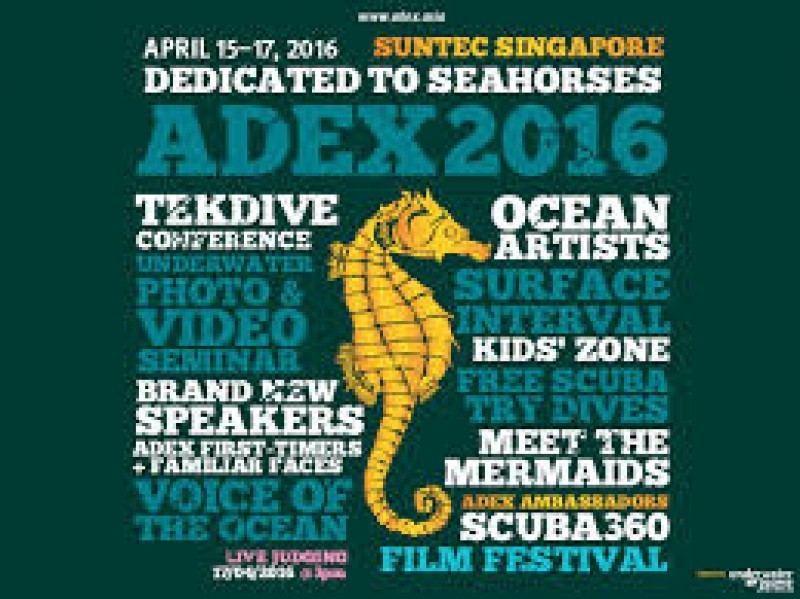