Not sure on how to identify the different species of Corals?
Check out this Coral Identification Chart for the names and types of different species of Corals.
Corals are marine animals of the class Anthozoa, which include sea anemones (order Actiniaria). Corals are gastrovascular marine cnidarians (phylum Cnidaria) and exist as small sea anemone-like polyps, typically in colonies of many individuals. The group includes the important reef builders known as hermatypic corals, found in tropical oceans, and belonging to the subclass Zoantharia of order Scleractinia. The latter are also known as stony corals since the living tissue thinly covers a skeleton composed of calcium carbonate. A coral "head" is formed of thousands of individual polyps, each polyp only a few millimeters in diameter. The colony of polyps function as a single organism by sharing nutrients via a well-developed gastrovascular network. Genetically, the polyps are clones, each having exactly the same genome. Each polyp generation grows on the skeletal remains of previous generations, forming a structure that has a shape characteristic of the species, but also subject to environmental influences.
Although sea anemones can catch fish and other prey items and corals can catch plankton, these animals obtain much of their nutrients from symbiotic unicellular dinoflagellates (type of photosynthetic algae) called zooxanthellae. Consequently, most corals are dependent upon sunlight and for that reason are usually found not far beneath the surface, although in clear waters corals can grow at depths of up to 60 m (200 ft). Other corals, notably the cold-water genus Lophelia, do not have associated algae, and can live in much deeper water, with recent finds as deep as 3000 m.[1] Corals breed by spawning, with many corals of the same species in a region releasing gametes simultaneously over a period of one to several nights around a full moon.
Corals are major contributors to the physical structure of coral reefs that develop only in tropical and subtropical waters.

Some corals exist in cold waters, such as off the coast of Norway (north to at least 69° 14.24' N) and the Darwin Mounds off western Scotland.

The most extensive development of extant coral reef is the Great Barrier Reef Corals. 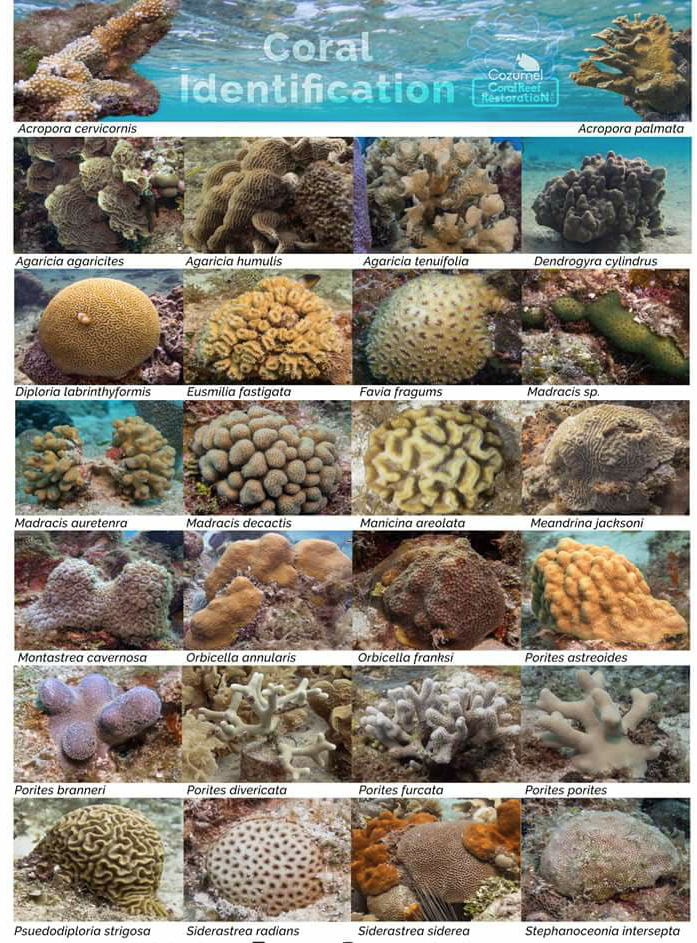